Globalization of Korean food based on differentiated fermentation technology

bibigo kimchi has brought about a new trend in packaged kimchi. To ensure the best taste possible, CJ CheilJedang engages in research on an ideal ingredient mixing ratio and scientific packaging. As for ingredients, bibigo kimchi is firmly rooted in the basics, such as salt, red pepper powder and fish sauce for its differentiated taste. 100% sun-dried salt is used in place of refined salt, and the very best red pepper powder is used so that the high-class color of kimchi is able to radiate. Fish sauces, made of kkanari, hwangseogeo (yellow corvina), galchisok (guts of hairtail), baendaengi (large-eyed herring), jogi (croaker) and myeolchi (anchovy), are used so that bibigo kimchi tastes spicier and more savory than existing products. CJ CheilJedang remains committed in its research to maintain the most delicious optimal fermentation level that makes the kimchi taste much more savory by using the lactic acid bacteria ‘CJGN34,’ which enhances its flavor.Packaging research is being conducted to uphold the taste and quality of kimchi during distribution and offset the occurrence of leaven by using a specially designed transparent press board. In addition, the membrane filter made of a new material, and the one-way valve, which prevents the inflow of oxygen and helps induce the discharge of gases, are integrated into one to seal the container so that kimchi can remain fresh. 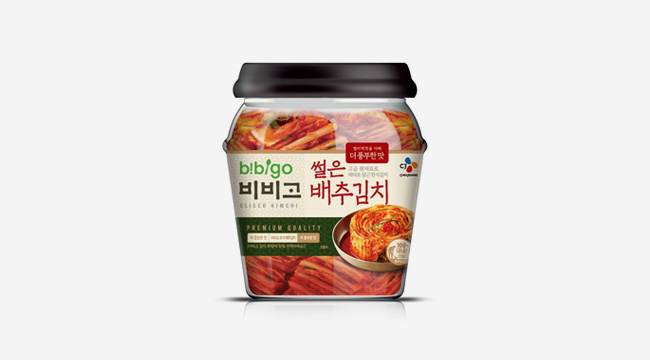 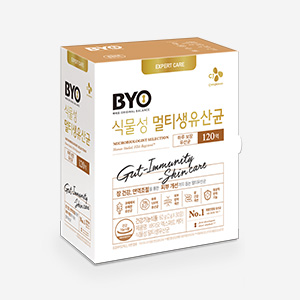